Many young people have been involved with AYC projects and activities since 2006, both elected and non-elected.  Some members of the adult and youth committee have won and been nominated for awards recognising their dedication and effort to make things happen.
All young volunteers age 16+ can also register with V-Inspire to log all the voluntary hours they spend helping in their community to exchange for official certificates.
The Junction charity shop (2012/13) will also provide valuable work experience opportunities and an opportunity for those involved to learn how to manage their own business!
Below are a list of the awards that the council and members have won or been nominated for. 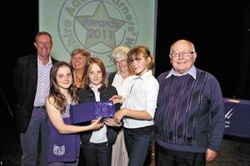 The Inspiring Learning Project Award, sponsored by Lord and Lady Glasbury, was awarded to the Aldbourne Youth Council for transforming their village’s old public toilets into a welcoming Internet café for the community, which they have called “CAN”.

Philip Lawrence Award 2010 for Aldbourne CAN 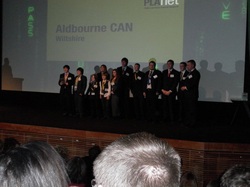 7th December 2010 Aldbourne Youth Council won a Philip Lawrence Award for the Aldbourne CAN project and in particular the 'integenerational' part where young people are assisting older people with developing their IT skills. 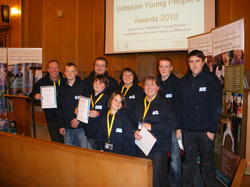 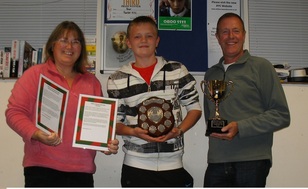 Date: Nov 2009
Won for: Making a difference in the community through their volunteering and involvement with Aldbourne Youth Council and CAN project.
Members involved: Matt Gibbs and James Keen
Nominated by: Andy Devey and Linda Maslin

Date: 2008
Nominated for: Amazing work with AYC
Member involved: Andy Devey
Nominated by: 15 nominations!  CLICK HERE to read them all! 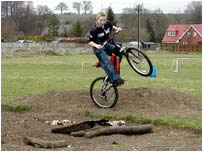 Below are just a few examples of what we have achieved in our village and what we get up to.
Did you know we have raised over £60,000 for our community to help improve it since 2006?
This was through applying for grants, fundraising and donations from supporters of our work in our community.

30 metre Zip wire Palmers Field
Aldbourne CAN fundraising to keep it open and helping with day to day management.
Presentation for Sarcen Housing ASBO group
Cake sale in the square

Organised Aldbourne Christmas Market 2010
'Any Questions' night for MP Claire Perry,
Organise Activities for ourselves and others
Helping raise funds for the community
Make and sell cakes in the CAN and Village Square Support the combined church fete every year
Help keep the village tidy with the Aldbourne Community Volunteers
Planted Hedging and put up bird boxes
Maintain and monitor the BMX track
Fundraised for and delivered the CAN project
Help manage the village Internet Cafe 'CAN'
Organised an 'Alternative Sports' Activity day
Orgnanised a free play day 2010
Applied for grants to pay for a Youth Worker in Aldbourne
Support other youth groups to 'make a difference' in their communities
Create and deliver power point presentations to Parish Councils and Community First
Created our own Constitution, involved with becoming charity and VAT registered
Help with keeping the tuck shop stocked up
Do stock taking
Come up with and deliver fundraising ideas
Apply for funding
Support people who visit the CAN to help them with computer skiils
Helped with the Village of the Year competition
Give a report to the Parish Council every month
Play an active part in committee roles e.g. treasurer, chair, secretary
Update our own website
Find out what other young people want and try to make it happen 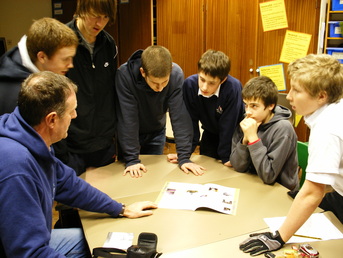